A video game enthusiast at 11 years old, Balazs Szatmari’s curiosity about digital game development sparked early. “I often wondered how, at the push of a button, I could make my character go towards the direction I wanted,” he said. Now 22, Balazs has learned the ropes of developing video games, and has built a small studio in Hungary with his brother Gergo, 17, and friend Elod Juhasz, 21. 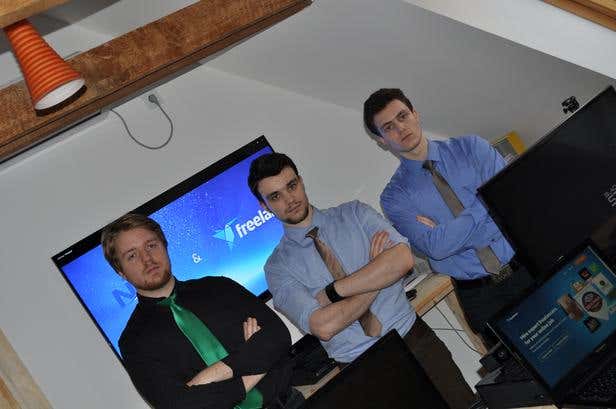 “During the past 10 years, I learned the programming aspect of video game development, and collaborated with my brother Gergo, our principal designer; and our friend Elod, a composer and sound designer; to form Black Riddles Studio,” Balazs said.

While Balazs is focused on the back end, Gergo designs and animates the game and its characters using Maya, Zbrush, Photoshop, and more. Elod, meanwhile, brings his years of experience in piano, composition, and sound design to the table.

Newly-founded and with less than a year’s presence in the market, the team signed up at Freelancer.com not only to tap into thousands of employers, but also to further their skills and experience. “We want to offer our services to the whole world. Since starting at Freelancer, we have met plenty of clients we wouldn’t have found otherwise here in our small town of Göd in Hungary,” Balazs said. 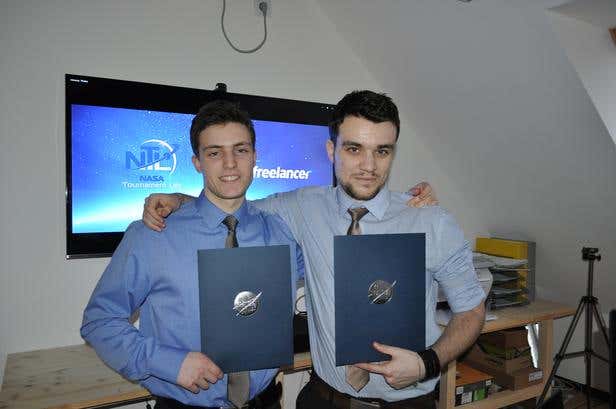 Gergo and Balazs holding the certificates from NASA

Taking Their Work to Space

Despite being fairly new on the site, Balazs and Gergo had a great start after winning one of NASA CoECI’s contests. Freelancer.com is one of the platforms used by NASA to crowdsource talent all over the world. This project is under the NASA Tournament Lab -- an online, virtual facility that facilitates the use of crowdsourcing to tackle NASA challenges.

The brothers won the contest for the 3D model development of an RFID Scanner to be used for Robonaut simulations. Right after submitting their work, NASA commented saying that it would be difficult to beat. True enough, at the end of the contest, their design came out on top. “We were always interested about space and NASA’s achievements. The task greatly inspired us, knowing that we’re doing it for one of the world’s top space agencies,” Balazs said. 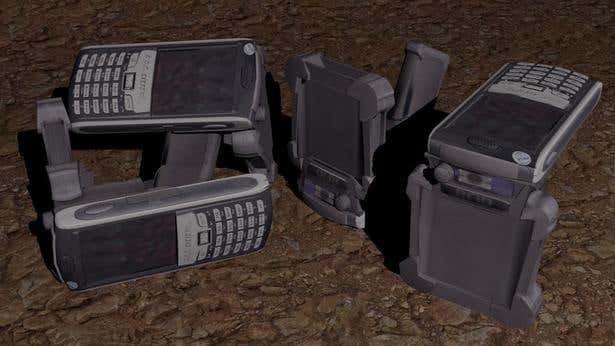 The winning 3D model of an RFID scanner

Suffice to say, the NASA project is the most memorable challenge they've faced so far. “It was a great honor to work with NASA. When we were kids, Gergo and I dreamt to work for NASA and it came true, thanks to Freelancer.com,” he said.

From Space and Beyond

When they started working at Freelancer.com, they admitted they were so happy to win one project a month. Now, they are busy talking to different clients daily. “We received plenty of referrals because our past employers shared their experience with their friends and colleagues. We feel fulfilled to have clients who are happy and friendly. Most of them liked to chat about our country, culture, and traditions.” 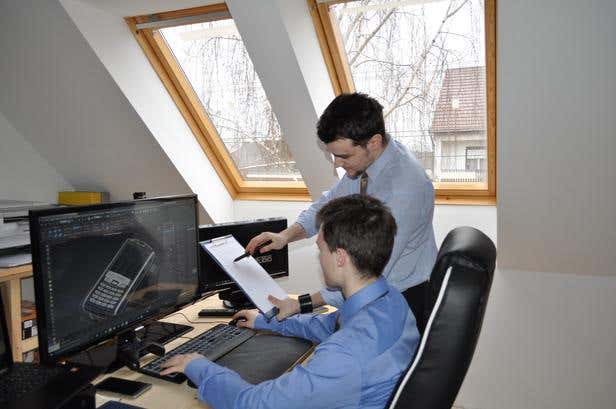 Gergo and Balazs at work

Like all starters, they began by bidding on small projects to build their portfolio. Once they  established their reputation, they started going after bigger projects. Their advice to new starters is to find the best jobs that fit their abilities instead of accepting any job they think they could do. “The outcome will be more successful, which would lead to happy customers and positive feedback.” Balazs also said that employers are more drawn to complete profiles that feature an outstanding portfolio.

“Freelancer.com is the most impressive site we found online. It has thousands of jobs in every field, the platform is easy to understand and navigate, and most of all, it connects us to employers all over the globe, and agencies like NASA.  We gained so much experience in such a short period of time,” Balazs said.

Check out the latest list of time trackers for freelancers and select one to meet your needs the best.

With Freelancer contests, you compete for the prize by showing off your work. So we’ve decided to share some proven steps that will get you winning.

Find out which factors affect your Freelancer.com ranking, and learn how to improve your visibility.